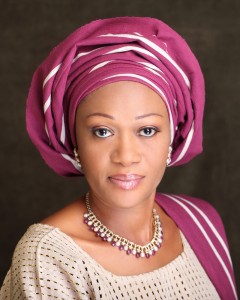 Wife of former Governor of Lagos State, Bola Ahmed Tinubu, Senator Oluremi Tinubu (OON) has a date to keep with Nigerian children come next
The fiesta themed, “Dare to be like Joseph”, will witness a lot of activities including performance by renowned saxophonist, Pastor Kunle Ajayi.Wednesday,as this year’s edition of her Musical Youth Fiesta Initiative (MYFI) holds at the Expo Centre, Eko Hotels and Suites, Victoria Island, Lagos.

Briefing the press ahead of the event, Oluremi said, participation at the fiesta is open to church groups, choirs, and even solo acts, sponsored by a church. “The only condition is that the youth performing must fall between the age brackets of 7 and 21. Let me state that MYF is not a competition. However, performing acts and those who enter musical works would be given honorariums to assist the music ministries of their various churches, as a token of appreciation for their efforts,” she stated.

However, explaining the rational behind the theme, Oluremi said, “Joseph is an exceptional person in the Bible. He was a highly disciplined young man who turned-down sexual advances from his master’s wife despite all the benefits he stands to get. He is a young man of integrity. And for this reason we decided that this year’s theme will be “Dare to be like Joseph.” In like manner, we are encouraging every youth to dare to be like him”.
The inaugural edition of MYF was held on December 21, 2011 and had as its theme “One Church”.The initiative which has continued to enjoy the support of some notable churches, Mountain of Fire and Miracle Ministries, The Redeemed Evangelical Mission (TREM), The Redeemed Christian Church of God (RCCG), Christian Pentecostal Mission (CPM) among other churches, according to the Chairman, “is conceived as an event of soul-stirring musical performances for youth; driven by the youth, in the best spirit of Christmas.