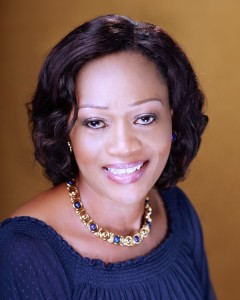 My mission at the Senate in accordance with the mandate of our party, the All Progressives Congress (APC) is to make laws that will promote peace, welfare, transparency, accountability, good governance and ensure equality and opportunity for all.

I am committed to continue consolidating on campaign promises delivered during my first term of office while serving at the Seventh Assembly where I sponsored Bills bordering on
• Social Security (National Social Security Agency Bill 2012)
• Employment/Women Empowerment {Labour Act Cap L1 LFN (Amendment) Bill 2012}
• Special Economic Assistance for Lagos State as a mega city and economic hub of West Africa (Lagos State Special Economic Assistance Bill 2013) My commitment towards accountability and transparency, education, youth, women, the elderly and vulnerable groups has been achieved through demonstrable projects and constituency initiatives such as:
Hosting quarterly Town Hall meetings to give account of activities at the Senate while receiving feedback from constituents
Launching of Post-Secondary School Scholarship Scheme (PSSS) under which 26 beneficiaries receive an annual sum of N100, 000 for 4 years. 624 other applicants received bursaries of N10, 000 each, towards buying books. Distribution of free GCE forms.
Launching of Petty Traders Empowerment Capital Scheme (PETECS) – Grants of N20, 000 each were presented to 650 beneficiaries to help re-finance their businesses.
Elderly Citizens Assistance Scheme (ECAS) –3,900 elderly citizens aged 65 years and above, drawn from the 13 LGs/LCDAs in Lagos Central Senatorial District: each senior citizen received the sum of N10, 000 and gifts to enable them directly feel the essence of the yuletide season in an atmosphere of merry festivity.
Youth Empowerment and Skills Acquisition Scheme (YESAS) – 164 youth in the constituency received quality vocational training from experienced instructors and they were given start-up assistance towards becoming economically productive and self-employed.
Good Boys and Girls Empowerment Scheme (GBGES) – 106 beneficiaries including 15 physically challenged persons, under the scheme received the sum of N100, 000 each as start-up capital to enable them turn around their lives and become independent through ownership of a business.
Widows’ Economic Empowerment Scheme (WEES) – A sum of N25,000 each was presented to 650 beneficiary widows age 50 and below to help them finance a business.

I will sustain on-going people-focused programmes such as PETECS, GBGES, ECAS, WEES and distribution of free GCE forms in addition to providing scholarships through PSSS to deserving students when required while introducing more programmes such as counselling for those at the cross-roads of life. Beneficiaries of empowerment initiatives will benefit from counselling and vocational skills acquisition towards enhancing their long-term success.

I will continue to sponsor Bills earlier introduced by myself in the Seventh Senate and support relevant laws on issues related to youth, prohibition of violence against women, public health, environment, widows and other vulnerable groups.

• ELECTRICITY/SOLAR LIGHT PROJECTS: To enhance rural development, worked through the Senate Committee on Millennium Development Goals (MDG) to facilitate provision of solar light projects and the installation of solar transformers in rural parts of Lagos, such as:
– a N25 million Conventional Street Light project at Agungi Ajiran Road, in Eti-Osa under the 2012 national budget
– A N7.5 million 500 KVA electricity transformer was installed at Igbo Efon village, also in Eti-Osa
– Another electricity transformer installed at Ilasan Estate, Ilasan Bus-Stop in Eti-Osa LGA

B. Additional MDG Projects totalling N61.5 million under the 2014 national budget. The new projects are for the provision of a set of one block of 3 classrooms and VIP toilets along with five sets of computers, UPS and printers in 4 schools. The schools that are to benefit from this are:
– Iponri Primary School, Iponri in Ebute Metta,
– St. Clementina Primary School at Mosalasi Bus Stop in Surulere,
– State Nursery/Primary School, Arakan Barracks, Apapa, and
– Union Baptist Primary School, Oja-Oba, Isale Eko.

• CONSISTENT SPONSORSHIP OF MUSE SOCCER TOURNAMENT: with the aim of boosting physical fitness and facilitating the emergence of new football talents, Senator Oluremi Tinubu has been sponsoring the Senator Muniru Muse Soccer Tournament for Under-12 boys and Under-15 girls in Lagos Central Senatorial District for the past four years.

The time for restoration has come. With the worsening outlook of the economy, we must ensure that there is transparency in governance and equal opportunity because that is the only way we can guarantee prosperity for all. I pledge to continue to give Lagos Central Senatorial District – a major contributor to the Nigerian economy – the representation it deserves, as we continue to push for special recognition and attainment of new heights in excellence.