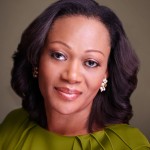 Senator Oluremi Tinubu has backed the recommendations of the Justice Alfa Belgore-led Presidential Committee that local governments should have optimal autonomy.

The Senator, who represented the National Leader of the Action Congress of Nigeria (ACN), Senator Bola Tinubu, said the autonomy of local governments was necessary to enable them operate effectively.

“Local governments deserve to enjoy their autonomy because they are closer to the people and state governments should empower them to have that autonomy instead of being an appendage to the state,” she said.